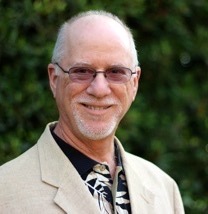 Ronald Kean, Bakersfield College Emeritus Professor, recently retired after completing his 30th year of teaching in California. Ron holds DMA and MM degrees in Choral Music from USC, the BA degree from Cal. State University Los Angeles, and the AA degree from Los Angeles Valley College.  He studied west African drumming from Ghanaian master drummer, Samuel Kwaku Daddy, for many years.  Recent honors include the 2017 Scholar of the Year and the 2013 Distinguished Teaching Awards from Bakersfield College.  He was the 2016 Howard Swan Award winner (Lifetime Achievement) from the California Choral Directors Association. Retirement has afforded Ron the time to complete seven commissions of choral music. They are being performed throughout the U.S., Europe, and Australia.  His compositions and arrangements can be found at “pavanepublishing.”

Dr. Kean has been a champion of world music for thirty years.  He founded the nation’s first Multicultural Choral Music Festival in 1992 and worked with many luminaries including Albert McNeil, Moses Hogan, Ysaye Barnwell, Vince Gomez, and Maria Guinand.  He studied west African drumming with Samuel Kwaku Daddy, master drummer from Ghana for many years which influenced the writing of “The Journey of Harriet Tubman” that you will hear today.

Johannes Brahms’ German Requiem is a large-scale choral work for four parts (soprano-alto-tenor-bass) and two soloists: a soprano and a baritone, plus orchestra. There are seven movements, which take about 75 minutes to perform. Brahms started his German Requiem in 1865 when he was 32 years old. Music scholars tend to agree that Brahms’ inspiration for this profound work were related to the death of his close friend and mentor Robert Schuman. Following death of his mother in 1865, Brahms turned to creating Ein Deutsches Requiem in earnest, completing it in 1868. 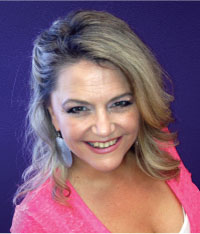 Jill is a seasoned actor and singer and has been performing in dramatic plays, musical theater and opera for more than 25 years. Jill has been seen as Elmire, in Tartuffe by Kirke Mechem, Zita in Puccini’s Gianni Schicchi and Frau Zsupán in Strauss’ The Gypsy Baron. Most recently Jill was privileged to be soprano soloist in the premiere of Ron Kean’s, The Journey of Harriet Tubman at Bakersfield College. Other notable roles include Mrs. Lovett in Sweeney Todd: The Demon Barber of Fleet Street, Madame Thénardier in Les Misérables and The Witch in Into The Woods. Jill has had the honor of raising four wonderful children and has recently returned to the study of music.  Jill is currently a full time student pursuing a degree in vocal performance. She is the Vocal Director at the Boys and Girls Club of Kern County for the nationally acclaimed performing group Music Fusion and spends her summers directing musical theater for children and teens. 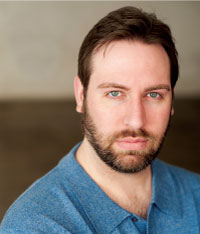 Steve Pence has appeared as a soloist in the Los Angeles Chamber Orchestra’s “Baroque Conversations” series, and as Hercules in “The Civil Wars” by Phillip Glass with the Los Angeles Philharmonic.  He is a frequent soloist with the Los Angeles Master Chorale, having recently appeared with them in Alexander’s Feast and Messiah by Handel, Bach’s St. Matthew Passion, B-minor Mass, Magnificat, and St. John Passion. He has also performed solos in Bach’s B-minor Mass and Mozart’s Requiem with the Los Angeles Chamber Choir, appeared as Elijah with the Mountainside Master Chorale, and in Brahms’ Requiem with the Orange County Choral Society.  Steve has performed several opera roles, including Sharpless in Puccini’s Madama Butterfly with the Pasadena Schubertiad and Alonzo in Hoiby’s The Tempest with USC Thornton Opera. He created and recorded the role of Kaiser Wilhelm II in John Powell’s oratorio A Prussian Requiem. Film credits include “Muppets Most Wanted”, “Despicable Me 2”, “Happy Feet 2”, and “The Secret Life of Pets”.  He lives in Long Beach with his wife and son.