Get your tickets today for The Poets Speak, happening on Sunday, April 24, 2022, at 3:00 pm in Harold Miossi Hall at the San Luis Obispo Performing Arts Center on the Cal Poly campus.

This wonderfully diverse concert will include three musical masterpieces by one of England’s most revered composers, Ralph Vaughan Williams, inspired by the poetry of Walt Whitman and George Herbert. In celebration of the 150th anniversary of Vaughan Williams’s birth in 1872, the SLO Master Chorale will perform Fantasia on the “Old 104th” Psalm Tune, Five Mystical Songs, and Dona nobis pacem. 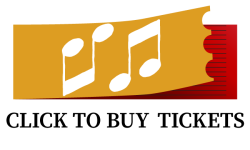 Speaking Event I:
The Composer in Wartime: Ralph Vaughan Williams’s Music of Conflict

War and conflict formed a backdrop to much of Vaughan Williams’s life and career. His military service in the Great War and his contributions to life on the home front during World War II inspired both immediate creative responses—in works such as the Pastoral and Fifth Symphonies, the chamber opera The Shepherds of the Delectable Mountains, and Thanksgiving for Victory—and later ones powerfully informed by his experiences, including the oratorio Sancta Civitas, the cantata Dona Nobis Pacem, the Sixth Symphony, and Job: A Masque for Dancing. This presentation will explore the nature of Vaughan Williams’s service at the front and at home, and the ways in which his experience with and understanding of conflict shaped his musical and expressive idioms.

Speaking Event II:
The Letter and the Spirit:
The Religious and Visionary Music of Ralph Vaughan Williams

There is no small irony in the fact that Vaughan Williams’s contributions to sacred music reveal a powerful understanding of and respect for religious faith, given his own lack of it. Yet in making his many contributions to hymnody and other genres of liturgical music—as well as non-liturgical pieces with sacred themes—Vaughan Williams hoped to elevate listeners to the same level of inspiration that he experienced when composing, or when he engaged with the works of visionary artists like Walt Whitman, George Meredith, William Blake, John Bunyan, and George Herbert. This talk will examine the complex and often contradictory nature of Vaughan Williams’s conception of religious belief, and the different artists and works that informed his own creative responses to such visionary and mystical topics.

A specialist in British music of the late nineteenth and early twentieth centuries, he is the author of English Pastoral Music: From Arcadia to Utopia, 1900–1955 (University of Illinois Press, 2017) and the forthcoming Vaughan Williams (Oxford University Press, 2022), the first entirely new life-and-works biography on the composer published in over half a century.

He is also co-editor, with Naomi André and Karen M. Bryan, of Blackness in Opera (2012), and of The Sea in the British Musical Imagination (2015), with Christopher Scheer. His research and writing has been published widely throughout North America and Europe, including for the Grove Dictionary of American Music, Oxford Bibliographies Online, and the British Library’s “Discovering Music” online exhibition. He is a former president of the North American British Music Studies Association, and in 2019 served as a Visiting Research Fellow at Merton College, Oxford. His other areas of scholarly interest include historiography, intersections of music and politics, and shape-note hymnody.

This event is being presented as part of the Spark the Arts Festival presented by the Central Coast Coalition of Arts Leaders.