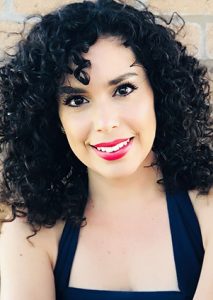 Puerto Rican soprano Alba Franco-Cancél thrills audiences with her in both operatic and concert appearances. Most recent appearances include her European debut as Christine in The Phantom of the Opera; Sarah in La Llorona with Opera Cultura, Queen of the Night with Opera San Luis Obispo, Despina with Opera Neo, Valencienne with Pacific Opera Project in The Merry Widow; and Barbarina with Livermore Valley Opera.  On 2018 Alba returned to Los Angeles to perform the leading role in a Los Angeles Original production of the mariachi opera Cruzar la Cara de la Luna.  Other roles include Frasquita, Tytania, Calisto, Gilda, Musetta, Zerlina, Monica, Flora, and María in West Side Story among many others.

Alba received a Doctoral degree in Voice from the Conservatory of Music of the University of Missouri under the guidance of world-renowned tenor Vinson Cole. She also holds a MM from the University of Illinois, and a BM from de Conservatory of Music of Puerto Rico. Ms Franco-Cancél is currently Opera San Luis Obispo 2019-2020 Resident Artist and a member of the voice faculty at Cuesta College. 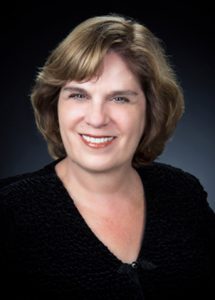 Susan Azaret Davies holds bachelor and master of music degrees in piano performance and accompanying from the University of Southern California where her principal teachers were Carol Rosenberger and Gwendolyn Koldofsky. She enjoys an active career as a pianist and singer. Her festival appearances include the Oregon Bach Festival, Festival Mozaic, the Cabrillo Festival, Idyllwild Summer Arts and the Festival Internacional de Musica de Morelia, Mexico. She served as the music director/pianist for the Educational Opera Association of Los Angeles, which won an Emmy for its KCET television special “Opera for Children”. She has appeared as mezzo-soprano soloist in oratorio performances in Santa Barbara, Santa Maria, Beverly Hills, San Luis Obispo, Fremont, and Eugene, Oregon, and as collaborative pianist in recitals throughout California and in Carnegie Hall, New York City. She is principal keyboard player for the San Luis Obispo Symphony, accompanist for the San Luis Obispo Master Chorale and choir director/organist at St. Paul’s Catholic Church in Pismo Beach. She resides in Pismo Beach with her husband, Tom, when not visiting their two grown sons, Peter and Andrew. 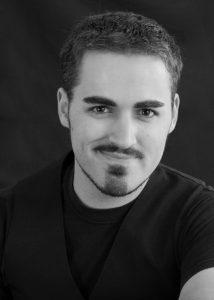 Paul Osborne has been a choral conductor, tenor soloist, and composer/arranger on the central coast since 2006. He received his degree at Concordia College in Moorehead, MN, where he studied choral conducting with René Clausen.
He is currently the Chorus Master for Opera San Luis Obispo as well as Central Coast Gilbert and Sullivan, the Ensemble with the Central Coast Youth Chorus, and the worship leader at Paso Robles Church of the Nazarene. He performs locally with the San Luis Obispo Master Chorale, Central Coast Gilbert and Sullivan, and in the annual "Bach in the Mission" concerts with the Cal Poly Early Music Ensemble.
By day, he can be found pouring wine at Adelaida Vineyards and Winery in Paso Robles. He resides in Atascadero, CA, with his wire Katrina and daughter Emily. 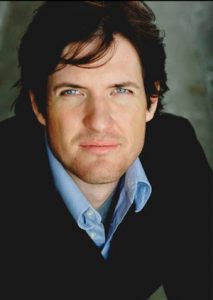 Gabriel Manro has performed the roles of Don Carlo in La forza del destino with West Bay Opera and Andrei Shchelkalov in Boris Godunov with Utah Festival Opera. He made his professional operatic debut as Third Inmate in Jake Heggie's ground-breaking opera Dead Man Walking for Opera Pacific with Frederica von Stade. He went on to perform the role of Inquisitor in Opera Pacific's Candide. Mr. Manro has also appeared in numerous world-premiere operas: as The Computer in Los Angeles Opera’s The Fly by renowned film composer Howard Shore (Lord of the Rings Trilogy); as The Chauffeur in Opera Santa Barbara’s Séance on a Wet Afternoon by Stephen Schwartz (Wicked, Godspell); and as Angry Voter in Los Angeles Opera’s Il postino, release on Sony Classical DVD. Manro created the role of President Lincoln in Golden Gate Opera's world-premiere Civil War Epic: Lincoln and Booth. Most recently, he was Joel Lynch/Father Jackson in the European Premiere and Telecast of William Mayer’s: A Death in the Family at the Hungarian National Theater. Mr. Manro made his European operatic debut as Doctor Bartolo (Il barbiere di Siviglia) with Corfu Opera in Greece.

Recently, Mr. Manro returned to the operatic stage after a musical run as Jafar in Walt Disney Company's Aladdin directed by Francesca Zambello. Engagements include Muscovite Trader (The Ghosts of Versailles) with Los Angeles Opera, Tonio/Alfio (Pagliacci/Cavaleria Rusticana) with Opera San Luis Obispo, and The Mousling (Alice in Wonderland) with the Los Angeles Philharmonic.

In May, 2017 he sang with the SLO Master Chorale as soloist in Carl Orff’s Carmina Burana. He also performed in May 2016 as baritone soloist in San Luis Obispo Master Chorale’s concert featuring Joseph Haydyn’s Missa in Angustiis (Nelson Mass) and Handel’s Dettingen to Deum.

Mozart struggled as he worked on his final composition, a Requiem Mass, which he began to fear was for his own funeral. Accompanying our performance of this legendary masterpiece will be lectures by scholars who will explore two perspectives: the rumors and scandals followed by the more likely cases of Mozart untimely death at the age of 35.

Why Mozart Died So Young? A physician's perspective

David B. Levy is professor of music at Wake Forest University in Winston-Salem, NC, where he has taught since 1976 and served as chair of the department of music and associate dean of the college. Levy also served as program director for Wake Forest’s overseas program in Vienna. he received his Ph.D. in musicology from the University of Rochester in 1980. A prominent Beethoven scholar, he is the founder of the New Beethoven Research conferences that bring Beethoven scholars together from around the world.

Levy has written articles and reviews for several prestigious journals, including 19th Century Music, Beethoven Forum, Historical Performance, Music Library Association Notes, andis the author of Beethoven: the Ninth Symphony. he also contributed to Berlitz Studies (Cambridge university press), the Dictionnaire Berlioz (2003), andthe second edition of the New Grove Dictionary of Music and Musicians.  Levy also has been the program annotator for the Winston-Salem Symphony for close to 40 years and began his duties as program annotator for the Chautauqua Symphony Orchestra (New York state) in 2015. He is currently nearing completion of a monograph on all nine of Beethoven’s Symphonies for Yale University Press.

Philip A. Mackowiak is director of medical care at the Veterans Administration Maryland Health Care System in Baltimore. An expert in infectious diseases, he is credited with debunking a fact so widely taken to be gospel that it stood for more than a century—that normal body temperature is 98.6 degrees Fahrenheit. What’s more, the medical school drew international recognition after he organized the first Historical Clinicopathological Conference 11 years ago.

Dr. Mackowiak has become so interested in history and the deaths of famous people that he is reinventing himself as a medical historian. “I am still an administrator and a teacher; and I still see patients,” he says. “But I have devoted a lot of my free time to reading and thinking about history.” History, for Dr. Mackowiak, is a road map that “helps one regardless of profession by understanding where one came from.”

Eleven years ago, Dr. Mackowiak read an account of Edgar Allen Poe’s bizarre death. He thought it would make an interesting subject for an Historical Clinicopathological Conference. “It was such a terrific success.” Dr. Mackowiak says. Since then he has hosted additional Historical Clinicopathological Conferences, plumbing the depths of history to debate the mysterious deaths of Alexander the Great, Beethoven, Mozart and Claudius. He even revisited the trial of Joan of Arc to determine if she was mentally competent for her alleged criminal acts. The conference “has become my passion,” Dr. Mackowiak says.

Dr. Mackowiak has authored three books on the subject of historical pathology:

Diagnosing Giants: Solving the Medical Mysteries of Thirteen Patients Who Changed the World